The term “cargo 200” emerged among the military to denote the transportation of dead soldiers. The term is believed to have originated during the Afghan war. Two hundred kilos is the weight of a zinc-lined coffin with a dead body. The Kursk funeral company will promptly and efficiently settle all the issues related to the shipment and acceptance of cargo 200. We will organize the transportation of the dead body in a special sealed container (zinc-lined coffin) from the place of death to the place of burial.

Our service has gained valuable expertise in organizing the transportation of cargo 200 across Russia, the CIS, and all over the world. We shall promptly help to gather the required papers, such as the death certificate (authenticated by medical and official agencies), a certificate of absence of enclosures in the shipment, and a certificate from the Sanitary-Epidemiological Station. It is important to know that our hearse vehicles are the sole ones in the city of Kursk that are duly registered by the State Traffic Safety Inspectorate and have all the required permits of the Sanitary-Epidemiological Station. Our dedicated transport crosses the borders and check posts without delays. No sealing of the zinc-lined containers is required for crossing the state borders (with Ukraine and Belarus), all of which may save you 10 to 15 thousand rubles in transportation costs.


• Gather and file all the required documents and certificates. As we all know, in arranging a funeral it is necessary to gather documents from various agencies. For example, the shipping of the cargo 200 to European countries calls for obtaining certificates from the Sanitary-Epidemiological Station, a translation of the certificate of death and other papers. In some cases it is necessary to obtain a permit from the municipal land committee of the locality where the deceased is going to be buried.
• In shipping the cargo 200, it is necessary to embalm the dead body. Under such circumstances our company will take upon itself all the work associated with embalming and placement of the body in a special zinc-lined container (coffin).
• The transportation includes the delivery of cargo 200 (the body in a zinc-lined container) to the airport or railway station, checking on the loading, and assistance with customs clearance. All the services are provided by skilled and attentive experts who assure a high quality job.
• We also arrange the acceptance of cargo 200 (zinc-lined container).
• If necessary, we can prepare a special transportation container. We provide dedicated transport for transporting the container with the body from the morgue to the airport or railway station and place of destination. In shipping the deceased outside of the Russian Federation, the agent will help to clear the cargo 200 at customs. If transportation by air is problematic, we propose transporting the cargo 200 by a special purpose transport. We help not only in Russia but also in the CIS countries and abroad. Our expertise and the experts’ high qualifications are the guaranty of high quality service rendered. 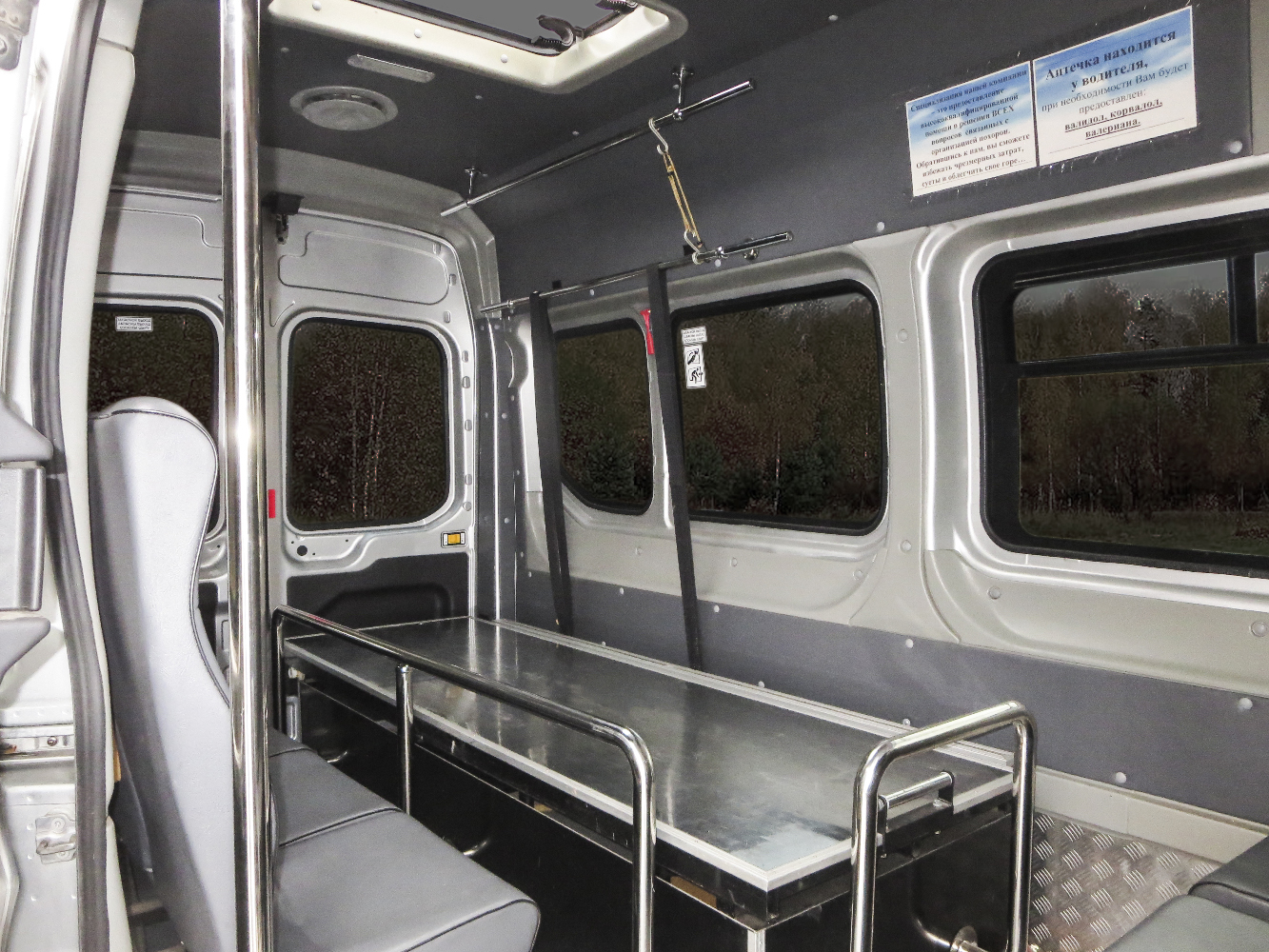 • to purchase a coffin or a zinc-coated wooden container;
• to pay for the workers’ services in sealing the metallic lining;
• to collect a package of accompanying documents;
• to obtain, at the embassy of the state where the coffin is shipped, a permit for bringing in the dead body;
• to order hearse transport for transporting the coffin with the dead body from the morgue to the airport or railway station with a stopover for sealing the metallic lining;
• to acquire railway or air tickets for persons accompanying the coffin with the body. The coffin with the body must be turned in at the airport or railway station luggage department no later than three hours before the departure of the aircraft or train.

Transportation of cargo 200 by our special purpose transport


The advantage of this option is that the coffin is delivered directly to the cemetery, unlike the option of shipping the cargo 200 by air or railway, which necessitates ordering extra vehicles to come to the railway station or airport and pick up the cargo there. NEW! Special purpose vehicle Ford of VIP class, built in 2015. A comfortable vehicle with a refrigeration unit and a retractable coffin trolley. Accommodates 6 attendees.

Cargo 200 to the CIS and Europe


It is best to ship the cargo 200 to Ukraine by special purpose transport since the cost of air transportation is 35-40% higher. In addition, one should provide for collection at the destination airport and tickets for the attendees.

A vehicle will deliver the cargo 200 to the destination. Another advantage is that our special purpose vehicles provide fairly comfortable seats for 10 to 13 passengers attending the funeral. The transportation of the dead by railway must be considered only as an exception because passenger trains seldom have freight cars. No customs duty on the cargo 200 is demanded at the border. Only vehicle insurance is to be paid. The customs clearance procedure is done without waiting.

In shipping the cargo 200 to Belarus, it is best to use special purpose transport. Firstly, the vehicle will deliver the cargo to the entrance; secondly, it can additionally pick up attendees; and thirdly, Belarus has few airports. As for transporting the cargo 200 by railway, the virtually complete absence of freight cars in passenger trains makes transportation of the dead problematic.

Rather often, in shipping the deceased to the CIS Asian republics, the embassies of those countries provide help. For instance, the Embassy of Tajikistan nearly always pays for the flight of the cargo 200. The special feature of shipping the dead to those countries is the presence of the dead person’s representative during customs clearance at the airport and a ticket, or a photocopy of it, with the one who accompanies the cargo 200. Most aircraft leave for Kazakhstan, Tajikistan, Turkmenistan, Uzbekistan, and Kyrgyzstan from the Domodedovo airport. The cities whose airports accept the cargo 200 with the dead body are Bishkek, Osh, Issyk-Kul, Almaty, Astana, Aktau, Petropavlovsk, Kustanai, Dzhezkazgan, Semipalatinsk, Taraz (Dzhambul), Chimkent, Pavlodar, Kokchetav, Tashkent, Samarkand, Bukhara, Urgench, Termez, Ashkhabad, and Dushanbe.

In sending the cargo 200 to European counties, it is necessary to translate the certificate of death, certificates from the Sanitary-Epidemiological Station, certificates of absence of undeclared enclosures, into the language of the country that accepts the cargo 200. Also, in some cases a permit is required from the municipal land committee of the locality where the burial is going to take place. In the absence of an accompanying person, it is necessary to obtain a confirmation expressly from the funeral agency of the accepting party since regulations of shipping the cargo 200 to the EC countries imply that, according to those countries’ legislation, the corpse should be placed in a morgue.


Do not let crafty agents and funeral companies deceive you. The fact is that they may offer you transportation of your beloved at a so called “lower cost,” i.e. in a standard minivan or cargo bus. At best, they’ll just deceive you and you will pay extra not for the carriage but for the transportation container without which special purpose vehicles are prohibited to transport the dead. Anything may happen on the way (checking the documents for the cargo or vehicle, etc.) In this case the unqualified carriers who undertook to carry your dead will not be able to help you in any way. As a result, you’ll get in a mess and end up spending extra, which also counts. Or, and this is the worst you could think of, the vehicle may be delayed. Let your transportation problems be tackled only by well-proven and creditable companies.